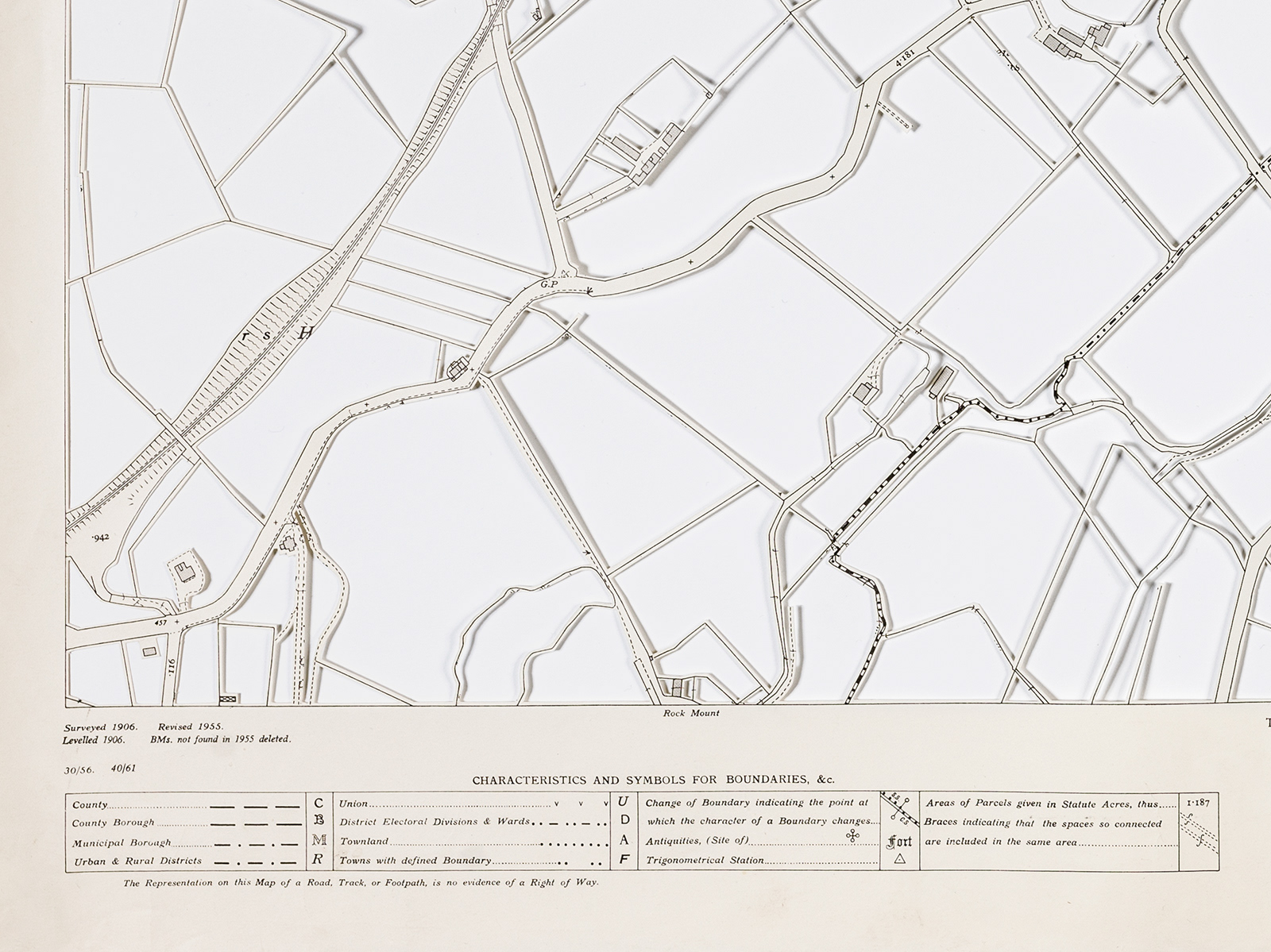 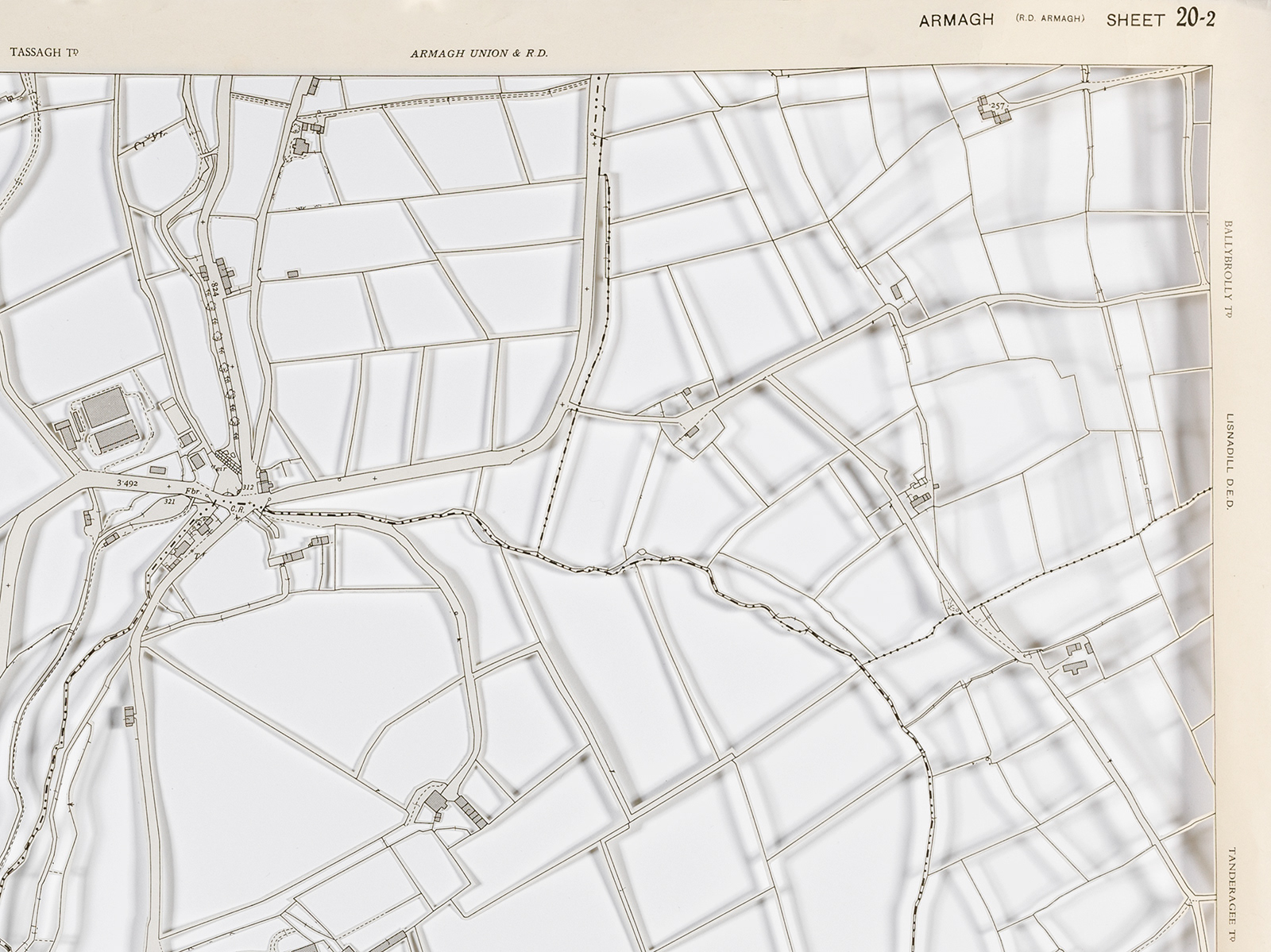 Open Ground i. is a response to questions about the border on the island of Ireland between the United Kingdom and Republic of Ireland. The future shape of the island has been the subject of debate because of the United Kingdoms departure from European Union.  Having the only land border between the EU and the UK, brings huge implications for the island. The Good Friday Peace Agreement of 1998, which brought peace to Northern Ireland after 30 years of violence, along with the UKs' membership of the EU, effectively dissolved the border  creating a 'soft' unification.
In this work the land mass has been cut out, by hand, from vintage maps of Northern Ireland leaving only field boundaries, roads, railway lines and rivers.  The vintage maps where originally created from surveys before Ireland was partitioned by the British and then revisited and revised decades after partition. The removal of the land from the maps resonates with the earlier period in Northern Irish history when land was removed from native Irish ownership and given to British colonists, 'planters', from Scotland and England.
↑Back to Top